Since 1927, gifts to The Penn Fund—from undergraduate alumni and parents like you—have made a profound and immediate impact on all aspects of student life and learning at the University by providing grant-based financial aid packages to undergraduates, supporting enhancements to academic programs and campus technology, and fostering community through student clubs and organizations. This longstanding tradition of loyal generosity allows donors to support the University’s greatest needs and highest priorities through the general fund, long-term scholarship support, and special reunion class projects.

How do we support Undergraduates at Penn?

Please email tpfyp@lists.upenn.edu with questions or to confirm your attendance. 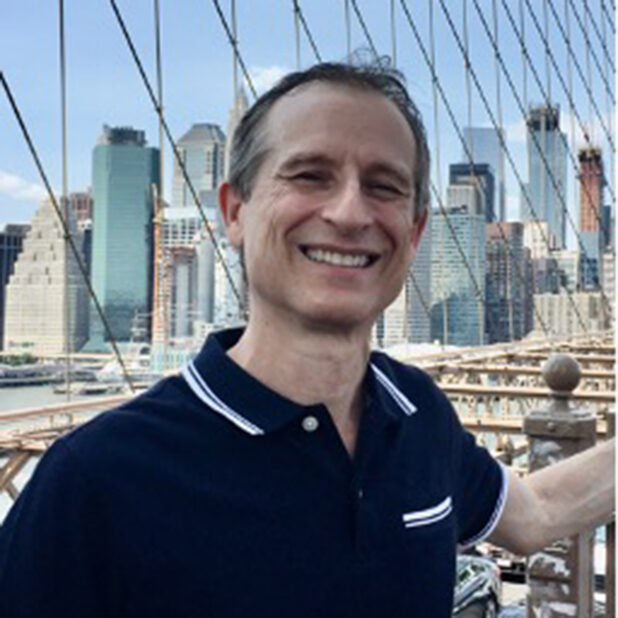 Jeffrey Miller is the chef-owner of Jeffrey Miller Catering, one of Philadelphia’s largest and most successful high-end catering companies.

Jeff started the business as a sophomore at the University of Pennsylvania’s Wharton School of Business in 1979. His first venture was a brunch-in-bed offering for fellow students on Sunday mornings. While expanding the company on campus during the academic year, he took summers off to intern at a number of world-renowned restaurants. These include the now-closed Le Cote Basque in New York, as well as Bouley and Le Cirque, also in New York, the Michelin three-starred Moulin de Mougins in the French Riviera, and the venerable Simpsons-on-the-Strand in London.

This early exposure to some of the best food around led JAM to focus on changing the nature of catered food, much of which had been heat and serve. JAM’s focus on made-from-scratch cuisine has driven the company’s kitchens ever since, and is encapsulated in a motto at the kitchen, “We have an itch to make it from scratch.” JAM currently bakes its own breads, wedding cakes, and pastries, cures its own meats, and prepares all of its hors d’oeuvres, sauces and dressings.

Back at Penn, as a Junior, in 1981, Jeff reached out to the new President, Sheldon Hackney, upon his arrival from Princeton where he had been Provost. Jeff delivered a chocolate torte to his office, as a marketing effort, and that dessert sample led Jeff to his first job with the Hackneys, cooking a birthday dinner for the writer and humarist, Art Buchwald. After that, and until Lucy and Sheldon Hackney left Penn in 1993, JAM Catering handled every catered event in Eisenlohr Hall, on-campus home of the Hackneys.

After twelve years at Penn, JAM branched into the city and suburbs and started to develop its first few catering management partnerships with mission-driven non-profits. The arrangements that JAM structured included investments by JAM in the buildings and grounds that were often the headquarters of these groups, funding the construction of kitchens, event spaces, landscaping and more. In exchange, JAM signed long-term exclusive catering agreements with these groups, sharing the revenue that has helped many of these organizations cover operating expenses, and supporting their very worthwhile missions. These non-profits are museums, art centers, arboretums, nature preserves and environmental/preservation groups. A sampling include:

The events that JAM hosts at these venues has generated over $10m in the last five years alone and is, in most cases, a significant chunk of their annual income.

JAM Catering currently manages catering services as the exclusive caterer at seventeen area venues and caters over 700 weddings a year for gross revenues of $17M. The staff that was initially mostly Penn students now numbers over 130 full-timers and 800 part-time staff. 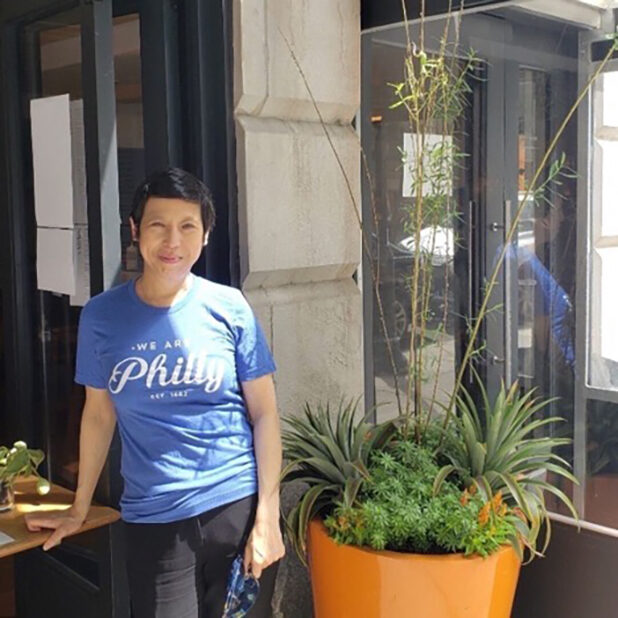 As the Co-Founder and Owner of High Street Hospitality Group (HSHG), restaurateur Ellen Yin operates some of the country’s most celebrated dining establishments including a.kitchen+bar, Fork, High Street Philly, and High Street Provisions in Philadelphia and High Street on Hudson, in Manhattan.

A graduate of the Wharton School of the University of Pennsylvania and veteran of the hospitality industry, Yin has been honored with Philadelphia Business Journal’s “Women of Distinction” award in 2020 and is a multi-year nominee for “Outstanding Restaurateur” by the James Beard Foundation Awards. The Philadelphia Chamber of Commerce recognized High Street Hospitality Group’s innovation, resilience and community-driven ethos as an honoree of 2020 the “Inspiring Excellence Award”. Some community-driven organizations Yin and HSHG have supported include: Bakers Against Racism, Everybody Eats Philadelphia, Fuel the Fight, Let’s Talk, and Save Philly Eats. She currently serves as leadership within the Independent Restaurant Coalition, is on The Philadelphia Regional Recharge and Recovery Task Force, and is part of the Small Business Ecosystem Advisory Council.

“Yin’s winning combination of business acumen, willingness to take risks and passion for hospitality” has helped her restaurants thrive, wrote Billy Penn’s Danya Henninger. “Yin’s eye for the details of polished professionalism have remained a constant…Fork has matured into one of the most compellingly evolved special-occasion dining experiences in Philadelphia today,” wrote The Philadelphia Inquirer’s Craig LaBan. Food Republic called Yin “the woman who first transformed Philadelphia’s dining scene…one of Philadelphia’s most successful and insightful restaurateurs” and Eater called her “a trailblazer of the farm-to-table movement…Yin’s work ethic is legendary.”

Fork was named one of the “20 Best Restaurants in Philadelphia” by Conde Nast Traveler in 2019, and the publication also named High Street on Market on their list of the “11 Best Brunch Places in Philadelphia.” High Street on Market was awarded The Inquirer’s “Restaurant of the Year” in 2014, and Bon Appetit named it number two in the country in their annual “America’s Best New Restaurants” issue in 2014. Likewise, Travel + Leisure named High Street on Market one of the best new restaurants in the world in 2015. High Street on Hudson earned a coveted “Two Stars” review from The New York Times’ Pete Wells, and the New York Post called it the best new restaurant of the year. Food & Wine included it among their 10 best of the year, as well. Most recently, her flagship restaurant, Fork, was named one of the most influential restaurants of the past decade by the Inquirer and among Esquire’s list of “Top 100 Restaurants America Can’t Afford to Lose” in 2020.

Since she debuted Fork in 1997, Yin’s leadership has included overseeing a team of talented professionals in all areas of the restaurant, from the award-winning chefs to the gracious and hospitable managers and front-of-house staff. Further, the High Street brand pioneered the all day cafe model nearly a decade ago and is widely credited with sparking an artisanal bread movement in our region and beyond it.

Yin is also the author of Forklore: Recipes and Tales from an American Bistro (Temple University Press, 2007), a thoughtful chronicle of her ongoing success at creating and maintaining a definitive American bistro in Philadelphia’s historic Old City and served as the keynote speaker for graduation ceremonies at the Culinary Institute of America. Over the years, she has partnered with a number of dynamic chefs to keep Fork’s menu and concept fresh; since bringing Chef Eli Kulp to Philadelphia in late 2012 (Chef Kulp is now Yin’s business partner in High Street Hospitality Group), Yin has expanded her smartly built family of restaurants to include more top locations and exciting talent. She currently serves on the board of the Delaware River Waterfront Corporation, the Arden Theatre Company and the Community Advisory Board of the Sidney Kimmel Cancer Center at Thomas Jefferson University.

Fork will be closed to the public for this private event and, in accordance with the University’s COVID-19 policies, requiring guests to show proof of vaccination.